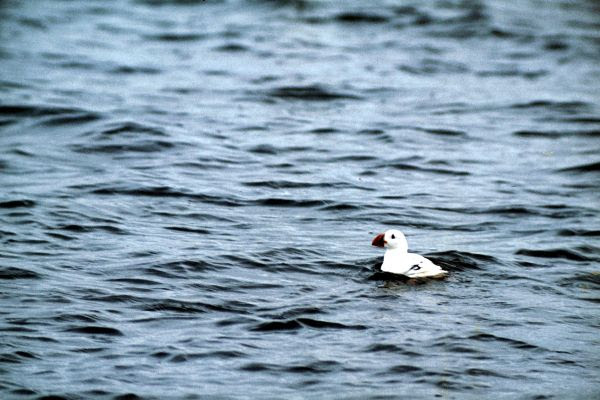 No videos or pictures in your ILQW email? See them at http://ilovequoddywild.blogspot.com

With the onset of fair weather the bird movement has been steady but pretty  much as expected for the season. Raptors are still scarce except that EAGLES are hanging around most every  day, 1 or 2 HARRIERS hunt through each day and there is an occasional  PEREGRINE or SHARP SHINNED HAWK. Sparrows are, as usual, the most numerous birds although the variety is still  limited. I did find 3 LARK SPARROWS, 1 probable GRASSHOPPER SPARROW & 2  SHARP TAILED SPARROWS yesterday.  Also seen were 7 DICKSCISELS, 7 HUMMINGBIRDS, 4 EASTERN KINGBIRDS & 3  BALTIMORE ORIOLES, along with a variety of warblers, flycatchers &  SHOREBIRDS.

There are about a half dozen PUFFIN nests still active but no fledglings have  been seen on the lawn for the past 2 nights. These late season birds seem to  be either very mature and in super good condition or else they are very under  developed, to the point that their survival in doubtful.

On the water, feeding flocks are seen daily with SHEARWATERS the most  numerous species but PUFFINS, GULLS & GANNETS are well represented. HARBOUR PORPOISE & MINKE WHALES are usually in the vicinity and I've seen  BLUEFIN TUNA & BASKING SHARKS during the past few days.

The largely WHITE PUFFIN that was reported in the Grand Manan Basin will  remind many listers of the one which was around here a few years ago. That bird was around for several weeks that summer, went unseen the  following year and it (presumedly) reappeared very briefly during the 3rd  summer.